Accepting a Counteroffer is a Mistake to Avoid 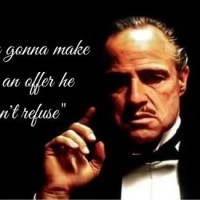 5 Reasons Why You Should NEVER Accept a Counteroffer

By Christan Neff on June 10, 2015 in Uncategorized

1) You think your manager counteroffers because they finally appreciate you? Think again.

You haven’t suddenly become a more valuable employee than you were the day before, your manager simply does not want to deal with the headache and disruption of your departure. Interviewing, hiring and training are costly and time-consuming. Think about what would go through a manager’s head:

This is the worst possible time for Larry to hand in his notice, it’s coming to the end of the quarter and I cannot be a man down, especially with it being the holiday season.

“I already have enough on my plate to deal with, now this.”

“I don’t have time to hire someone right now, I’m going to end up working 12 hour days until we do and the team will too”

“My boss won’t be happy with me for ‘letting’ you go.

Now that he’s in a bad spot, the manager needs to re-position and change tactics.

“I have to say, Larry, it’s such a shame you want to move on. I and the other managers had big things in mind for you after this quarter. Before you make a final decision, let me see if I can bring this forward.”

“You’re going to work for them? My very close friend worked there and said it was awful.”

“I wasn’t in a position to tell you this until now, you’ve forced my hand, but we were actually planning on giving you that promotion next month. That can still go ahead as planned, and tell you what, I’ll backdate your wage increase to include this month’s pay.”

2) Counter offers are purely a response to you leaving.

It should never have gotten this far. You’ve approached your manager and sought more money, a better work environment, a different team, more responsibility, a promotion, or more challenging work but you didn’t get it. Will you have to put a counteroffer in your employer’s hands every time you expect better working conditions? You should never have to “posture up” to get what is truly deserved.

3) Accepting a counteroffer can seriously damage your relationship with your Manager.

Most hiring managers I speak with are not best pleased with being put in a position of having to create a new opportunity. They can perceive it as blackmail, and now that you have displayed what might be considered an affront to loyalty, you will no longer be seen as a team player, no longer be trusted, and your reputation will suffer.

4) It will affect your prospects in the Company for a long time to come.

5) Most importantly, things are not going to change.

You took the time to try to get what you wanted from your employer, but you managed to find it elsewhere. I talk to a lot of people, that’s my job, and most who accept a counteroffer move on within twelve months. An overwhelming majority. Let me reinforce why… nothing has likely changed, other than your pay.

View all posts by Christan Neff →